Lousios Gorge is created by the river bearing the same name, in Gortynia municipality. Its total length is 25 kilometres.

The area has a long history since it has been inhabited since the times of Ancient Greece. According to the myth Pausanias mentiones, three nymphs named Neda, Theisoa and Agno washed the newborn Zeus on the waters of the river; one of Zeus' names is Lousios, from this event. Ancient Gortyna was built on the shores of the river, giving its name to the village for a while. Pausanias considered the river to be the coldest river in the world.

The rich vegetation and the local flora, with evergreens and broadleaved species create a beautiful virginal natural environment. The species that stand out are the cypress, the kermes oak, the bay tree, the grecian laurel, the wild olive tree, the maple, broom shrubs, the Judas tree, the willow, the plane tree, the poplar, the osier, the myrtle and creeper plants.

Because of the richness of the flora, the fauna is also rich. The species that stand out are, the rock thrush, the blue rock thrush, the jackdaw, the crow, the wild pigeon, ferrets, weasels and various kinds of reptiles including the viper, the Balkan whip snake and Dahl's whip snake. Endemic to the river are otters, though they don't feed on the fish, which are very few, instead preferring freshwater crabs and water snakes. In the darker spots of the length of the canyon, such as caves and ruins of older buildings, are bat colonies.

The area's rich history has left marks on the canyon. Around it important buildings have been built, like the Monastery of Timios Prodromos, the monastery of the Philosopher, the Monastery of Kalami of Atsicholos, Agios Antreas of Gortyna and the Aimyalon Monastery. Of course, on the canyon's mouth are also the ruins of ancient Gortyna.

Because of its high historical value and its rich nature, the canyon has been declared a protected natural site and an archaeological site. In the area are the Open Air Water-Power Museum. The area has been touristically developed, with continuous maintenance of the bridges, and is ideal for hiking. In some spots of Lousios Gorge, companies have set up services for visitors to enjoy kayaking and rafting in the waters of the river. 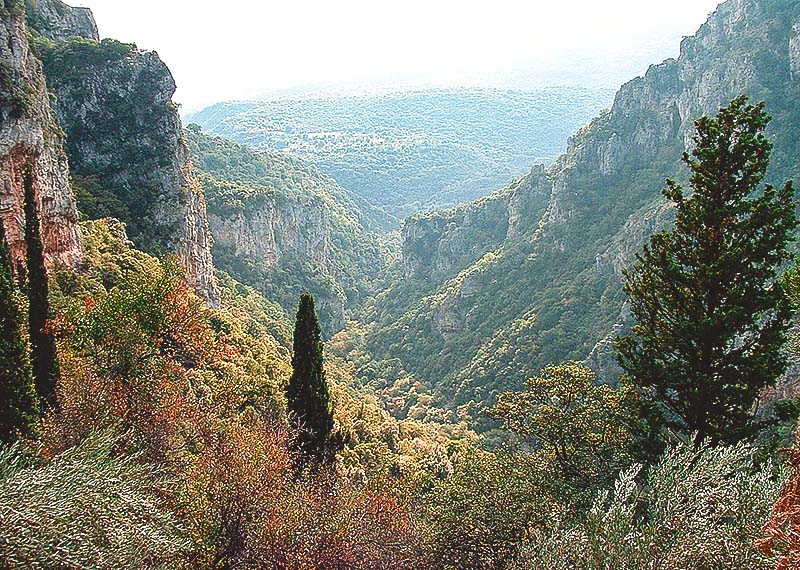 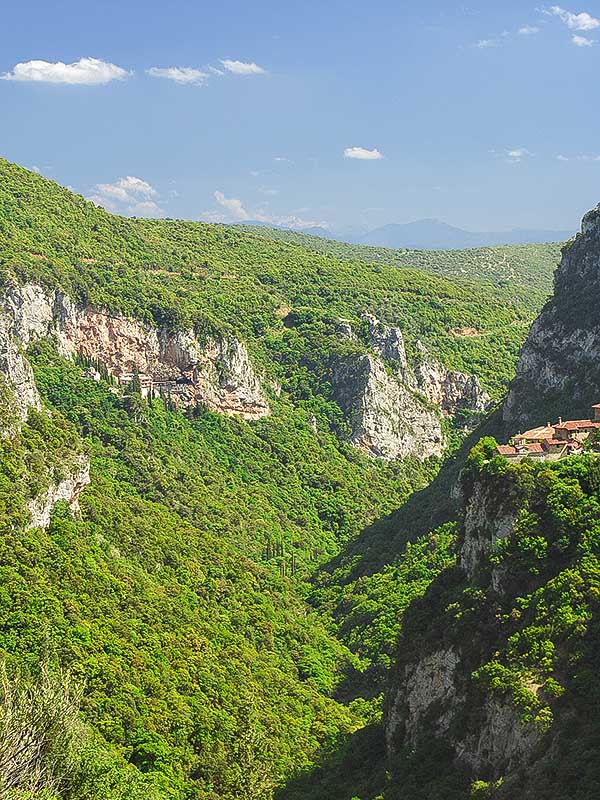 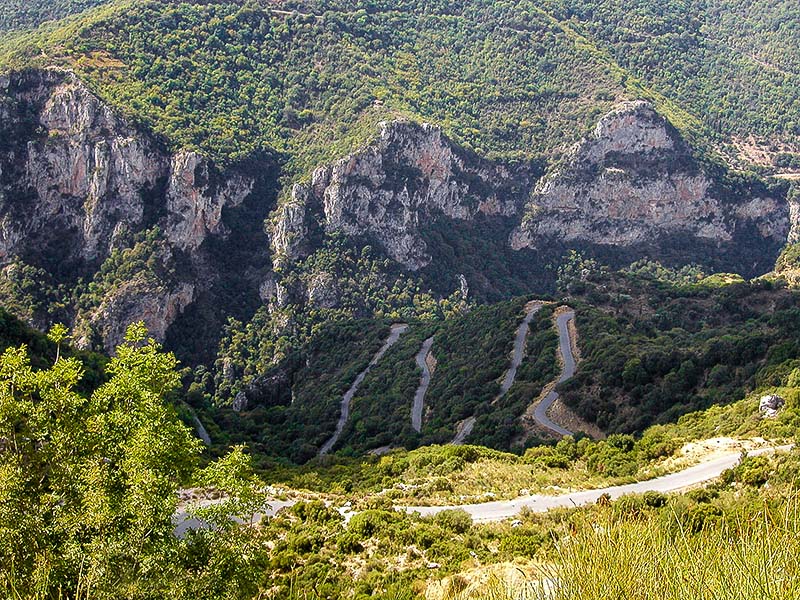