In front of the port of Nafplio is a small island. In 1473, the Venetians built on it a small castle named Castell dello Scoglio, meaning Castle of the Rock in Italian. Later, the Turks named it Burtzi, which in Turkish means tower. Before the Venetian castle was built, on the island was a Byzantine church dedicated to Saint Theodore.

The design of the castle was adapted to fit the elongated shape of the land. In the castle's centre is a tower of three stories, equipped with movable ladders for better defence, and in the tower's basement is a circular water storage tank. The castle was accessible through two entrances, one on the north and one on the south, and a small bay for secure access. The bay's opening was tight, and between its edge and the castle was a chain that could close off any access. During the castle's history, its design underwent some alterations by those who held it at that time.

The Turks took control of the castle in 1540 and surrounded it with a porporela, an underwater stone fortification that made sure no large ship could approach the island. In 1686, the Venetians took the castle for a few years, to be retaken by the Turks in 1715. It remained in their hands until the Greek Revolution of 1821. Between 1823 and 1833, during the Greek Civil War, the various governments used Burtzi's secure location and fortifications to hide away.

In 1865, the castle was disarmed. It became living quarters for the executioners of those condemned to death that were imprisoned in the Fortress of Palamidi. In 1930, to 1970, the castle was operating as a hotel.

Today, it is excellently preserved. Access is only through boat from Nafplio's port. 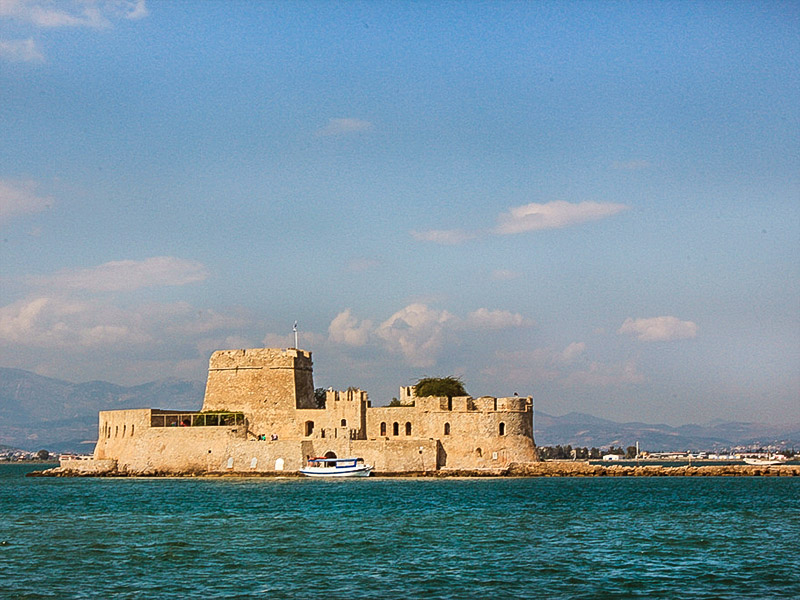 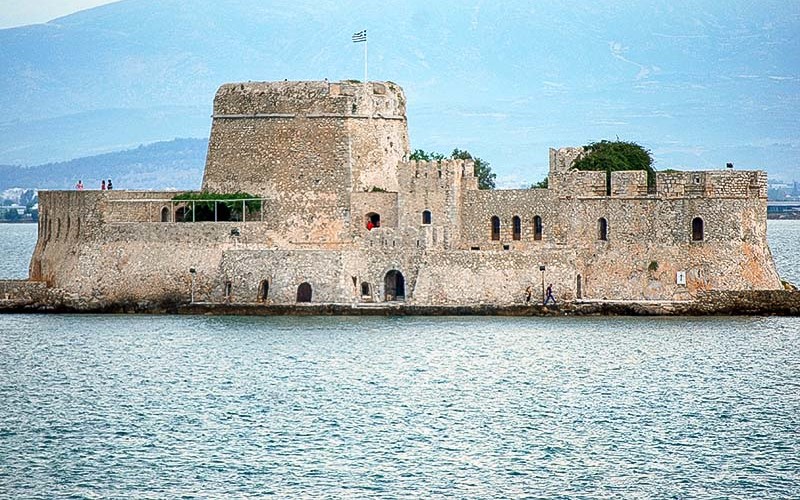