A great city, featuring a wide variety of sights and activities, and especially great for summer vacations.

The city of Kyparissia is built amphitheatrically on the foot of Aigaleo mountain and is third in population of West Messinia, after Kalamata and Messini. The city is divided in the old Upper City (Ano Poli in Greek), a traditional and preserved settlement, and New (or Lower) City (Nea or Kato Poli), reaching the seashore.

Upper City features many monuments that speak of the city’s long history, like the Castle of Arcadia, the Public Baths and the Folklore Museum. The Castle of Arcadia is the city’s trademark, offering to the visitor a great view of the city and the Gulf of Kyparissia.
A must-see sight is the Archaeological Site of Peristeria, and to reach it, one must follow the path that leads to the Faraggi (canyon) with its stalactites, 8 kilometres from Kyparissia, near Raches village. It is a charming and magical path, between walls of thick vegetation of shrubs and tall trees. On the way, one will often meet and cross the river Arkadiko, so one has to bring appropriate shoes to avoid getting wet.

The city features many beaches with clear waters, most sandy but a few with pebbles; some are popular and organised, others isolated and cosy, and the Gulf of Messinia is a perfect spot for the lovers of water sports like sailing or diving.
Organised beaches with sunbeds: Ai-Lagoudis with thin sand, recipient of the Blue Flag award; Sani, thin sand, 5 kilometres north of Kyparissia; Kartelas, thin sand and pebbles, 3 kilometres north of Kyparissia.
For those who prefer beaches that aren’t organised, without crowds, there is the Terpsithea beach, with pebbles, 6 kilometres south of Kyparssia.

The city has an excellent city plan, with every convenience of a modern city, possessing agricultural, touristic and trade activity.

More information for upcoming events held in the area can be found on the municipality’s webpage, www.dimostrifylias.gr. 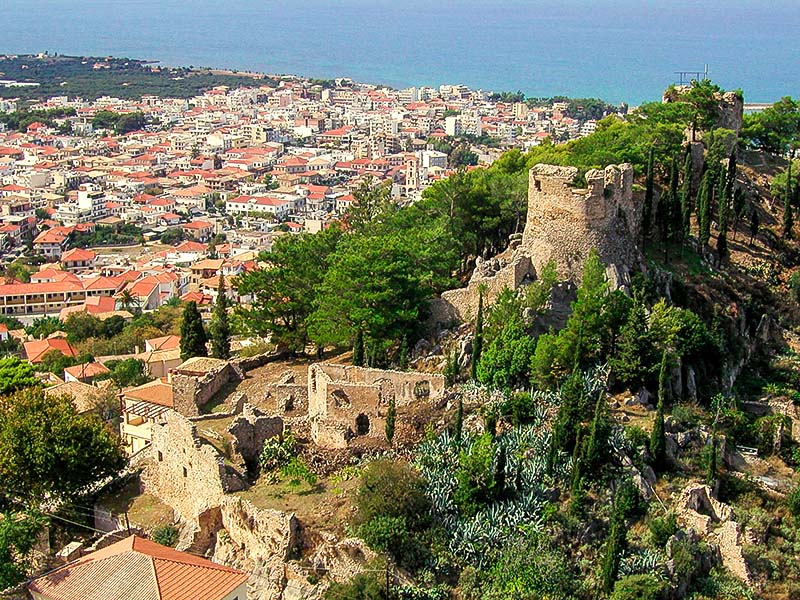