Strofylia forest is in West Achaea Municipality, of Achaea region. It is a seaside forest that, along with the Kotychi lagoon, make up the Strofylia National Park, organised in 2009. The forest takes up about 5,500 acres and borders the Kotychi lagoon, the marsh of Lamia, the Prokopos lake and the Ionian sea. It has a length of about 14 kilometres and an average width of about 1,250 metres.

The protected ecosystem has concentrations of brackish and fresh water. The presence of fresh waters is ensured by the hydrological system of Kalogria and the presence of limestone in the nearby Mavra Mountains (Black Mountains, in Greek), which support the water's flow during the summer months. The forest is comprised of Aleppo Pine, Stone Pine and Oak trees in pure and mixed concentrations. The greatest concentration is of the Aleppo Pine, while Stone Pine is declining.

The forest, together with the nearby lagoon, make up an important and vibrant ecosystem, characterised as a refuge of wild life, a home to many species. Many species of birds can be found in the forest, as well as reptiles and small mammals. The populations of animals are decreasing, though, because of overgrazing; the food of the herbivores is declining, which creates a decline in population, which, in turn, decreases the food and population of the carnivores. Toxic products used in crops also have a hand in the decreasing of animal populations.

In the fringes of the forest, where are wooden fences for domesticated animals, a special species of Mediterranean house gecko can be found. It is named klintaraki or tarentola and is the biggest species of the lizard in Greece. The forest of Strofylia is one of the very few areas of Greece where this vulnerable and protected species can be found. 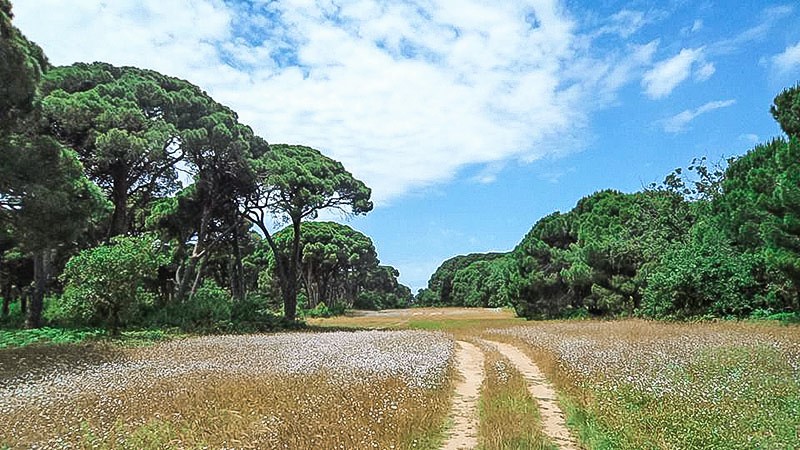