The Aroania, or Chelmos, is a famous mountain range in the Achaia region, with part of it extending to the Corinthian region as well. The mountain range of Ziria is located to the east of it, and the Panachaiko mountain to the west. Its tallest peak “Psili Korfh” (meaning “Tall Peak”) is located in the northeast part of the town of Kalavryta, at an altitude of 2.355 meters. The total length of its peaks surpasses 30km. Other known peaks are “Neraidorachi” (meaning “fairy spine”) to the east of the mountain at 2.340m, “Profitis Ilias” (2.238m), “Gardiki” (2.182m), “Avgo” (meaning “egg”) at 2.138m, and “Nisi” (meaning “island”) at 2.042m. It is surrounded by Durduvana and Mainalo to the north, Erymanthos and Panachaiko to the west, Killini to the east, and it reaches the Corinthian Gulf to the north. The lake of Tsivlos is located on its north foothills (at 800m), and the seasonal alpine lake of Mavrolimni (meaning “black lake”) forms from melting ice close to its high peaks (2.050m). The plateau of Epano Kampos (meaning “upper plains”) is located on the mountain's higher reaches. It also has a well-known gorge, that of “Voraiko”.

The ancient Greeks named the mountain range “Aroania” in honor of the hero Aroanion, or the lake Aroanio in the Planitero region. That name was later replaced by the newer Slavic or Arvanitic “Chelmos”, but the name “Ydata Stygos” (meaning “Waters of Styx”, the river of the dead in Greek mythology) is also used for the mountain range. That is because according to mythology, the chthonic deity Styx, daughter of Oceanos and Tithis, also a personalization of one of the three rivers that flowed in Hades (the realm of the dead), resided there. A vow made to its waters was holy to gods and mortals alike, and it is also there that Thetis immersed Achilles to make him immortal. Even to this day, its spring flows from a crag. Modern residents call the area “Mavroneri” (meaning “black water”).

Chelmos, along with the Bouraiko gorge and the peri-urban forest of Kalavryta are all parts of a greater National Park and Nature Reserve. Due to their high biodiversity, they have also been made a part of the Natura 2000 network. Specifically, 14 different types of ecosystems have been registered in the area, with more than 1.500 rare and endemic species of plants. Its flora is dominated by firs, but there are also plane trees, oaks, chesntuts, pines and willows. As for the fauna, it contains wild boars, foxes, jackals, otters, butterflies (more than 30 species), as well as bearded vultures and golden eagles.

One can reach Chelmos via the Athens-Patra Highway. The most famous route is by the roads of Kalavryta, passing through the Bouraiko gorge, but one can also get there from the east, through the Styx ridge. Chelmos houses an observatory of the same name, the Skiing Resort of Kalavryta (in the Ksirokampos plateau) to the east of Kalavryta, as well as the grand “pestrofeio”, a place for trout fishing in the village Planitero of Kalavryta. 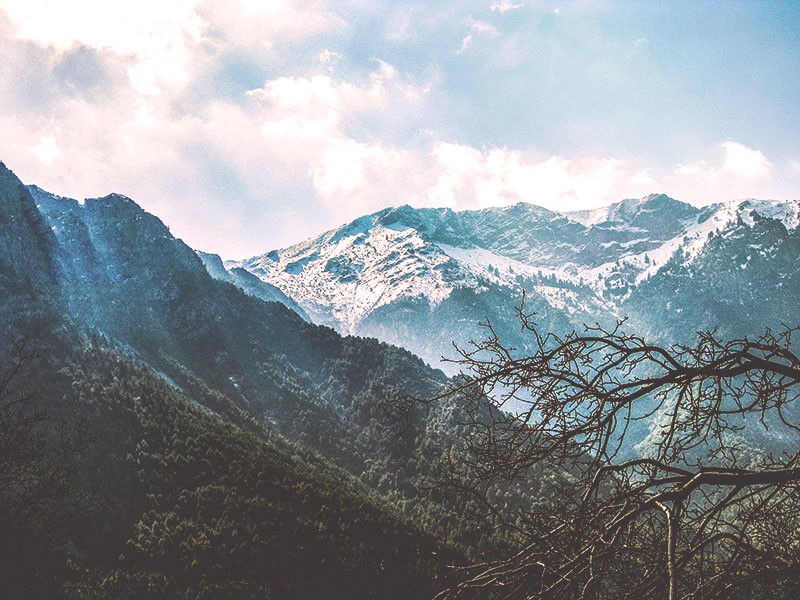