Its name comes from the son of an Arcadian king, Lykaon, and the ancient Greeks thought that the mountain was the residing place of the goddess Artemis and the god Pan. There is also another notable mention of the mountain in the Greek mythology, with Hercules completing his fourth Labor, killing the dreaded Erymanthean Boar there.

A great part of the mountain's notable biodiversity is the multitude of rivers that flow from it, like Pineios, Selinountas, Erymanthos, Peiros, Parapeiros, and others. The presence of the aforementioned rivers, as well as the place's particular ecological identity, are all parts of a unique ecosystem which has justly made the area a part of the Natura 2000 Nature Reserve network. The wild and dense forests of the area, comprised of both coniferous and deciduous trees (firs, foetid junipers, oaks, chestnuts), the steep canyons, the valleys, the rare species of plants (over 970 species, endemic and not) and animals (like the Parnassius Apollo butterfly), as well as the thematic geological compositions of red and green slate, prove this fact even further. There are walking paths with signs on them in the area, making the passage through the labyrinthine mountain mass easier. 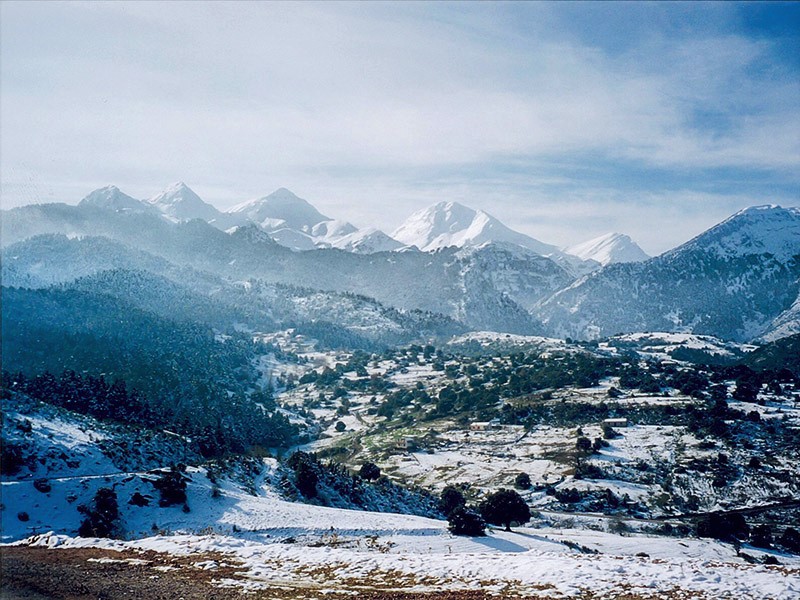