Panachaiko mountain is in Achaea region, east of Patras, on Peloponnese’s northern part. Standing on its peaks, one can enjoy a view of Patras and the gulf of Patras, the rest of Peloponnese’s mountains as well as the mountains of mainland Greece. Its highest peak is at 1,928 metres, called “Pyrgos tou Palavou” (Tower of the Mad One), and next in height are the peaks “Vodias” at 1,836 metres, “Vouno tou Giorgi” (George’s Mountain) at 1,804 meters, “Mparmpas” (meaning Uncle, or man of advanced age) at 1,613 metres and “Krania” at 1,304 metres. Between the mountain’s tall peaks form many plateaus, amongst them Prasoudi, Omorfi (beautiful) Lakka, Ovryokampos, Rakita and Loumpitsa plateaus.

The mountain is known to the locals as Vodias, since that name was the official one from the medieval times up to early 20th century. The source of the name is the legend that the whole of Panachaiko mountain used to be submerged but its highest peak, and the remaining part was so narrow that only an ox (vodi, in Greek) could stand on it.

Two rivers have their springs on Panachaiko mountain, Glafkos and Selinountas. The latter is the natural border between the mountain and the rest of the area, and the former divides the mountain from its southernmost part called “Omplo”. On that particular spot is a monastery bearing the same name, built in the 12th century. The mountain’s most important settlements are on the foot, since forests and vegetation are few on the southern and western part; the flora and fauna has suffered greatly because of thoughtless human action such as illegal hunting, overgrazing and forest fires. Most of the farmlands are found west and east of the mountain, its central part being barren.

Geologically, the mountain belongs to the Olenos-Pindos zone. Two main types of vegetation and soil are most common; shrubs and mountainous plains, and limestone ravines with sedimentary rock formations (flysches). Because of the distinctiveness of the mountain’s ecosystems, it is protected under the Natura 2000 treaty, as well as the aesthetic torrent forest of Selemnos-Charadros and the Wildlife Sanctuary in Ano Kastritsi-Souli location.

On the mountain’s northern part, between Patras and Rio, is a windfarm, and in Pournarokastro is an Environmental Information Centre that aids in raising awareness of the distinctiveness of the mountain, contributing to the consolidation of an ecological awareness and protection of the environment. Part of that program is the continuous effort for reforestation of important mountainous areas. 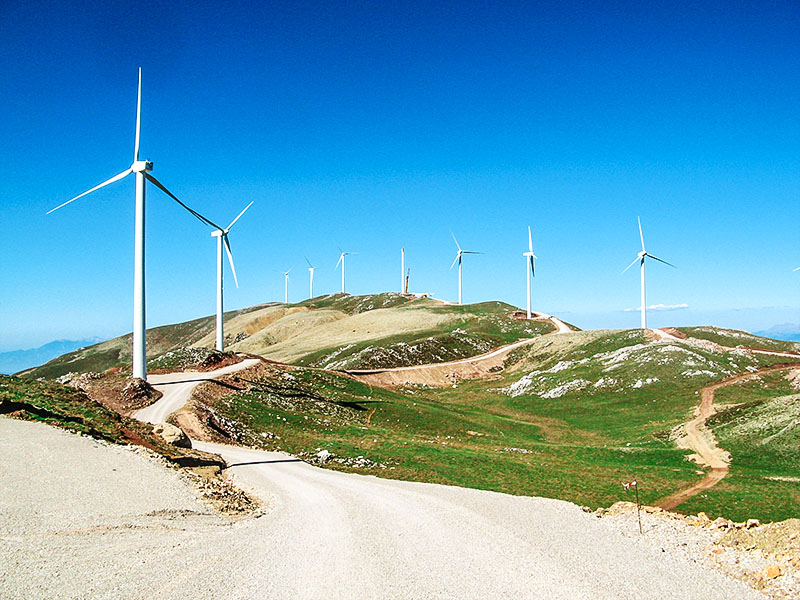