A landmark of Laconia, it is linked to the history of Ancient Sparta. Its Delta is considered one of the most important wetland habitats.

The river Evrotas is located in South Peloponnisos, and the largest area of its drainage basin is located in the Laconian region, while parts of it are included in the Arcadian region as well. The historical river has an approximate length of 82km, and its name means 'good flow'.

Evrotas is inextricably linked to the history of ancient Sparta, which was built on a height close to the river's right bank. According to mythology, Evrotas was the third mythical king of Laconia. His wife was Euridike, and the two had a daughter called Sparta. One of the king's undertakings was to adjust the river bed which crossed through Laconia, and was later named after him. According to the legend, he wanted to create a point of exit for the pooling masses of water around the town of Sparta, and thus created a canal that led the water's flow towards the sea. This is how the river was created.

It is a landmark of Laconia. Its waters supply settlements, irrigating a large part of the cultivatable land of the area, and providing work and food for many families of fishermen near the river. It is an area of exceptional natural beauty, as well as one of great potential for development. All along its length, Evrotas is surrounded by beautiful riparian forests of plane trees, willows, oleanders, as well as thickets of bulrush, cattail and reeds. Unfortunately, the repeated cultivation of citruses in the flatland of Evrotas have greatly distorted the ecological aspect of the area, which can be found almost exclusively near the river's flow.

The delta of Evrotas river is one of the last important wetland habitats in South Greece. The area is included in the European Network NATURA 2000. It is the most important place of rest and nourishment for a huge number of migratory birds in South Greece. It is also a place for spawning and laying eggs for a significant amount of fish and birds, as well as a living environment for many endemic organisms and endangered species of fauna.

Tips: Travelers can refer to one of the many establishments housed in the area, to partake in activities such as rafting, canoe kayak, etc. The difficulty rating of a river is internationally rated on a scale of 1 to 5 points. Rivers of 1 and 2 points of difficulty are meant for beginners. Many Greek rivers, such as Evrotas, offer many routes of 3 and 4 points of difficulty (which changes depending on the season, the weather, etc.), and are mainly suggested to people who are relatively experienced. 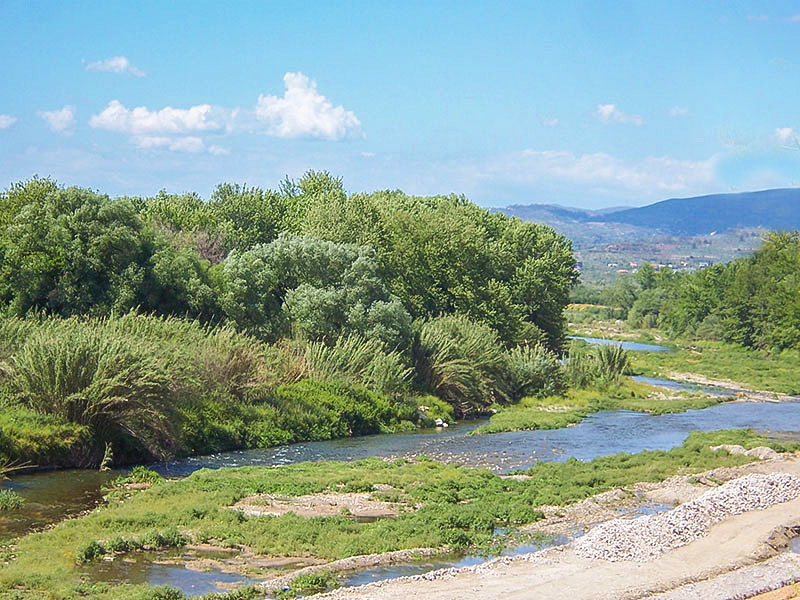