Ancient Corinth, 4km south of the modern city of Corinthos, was a powerful city-state and was considered as the richest city of the era. It thrived due to the massive production of farming products and to its strategic position as it was a passage between the east and the west. The two harbours, one on each side, and Diolkos were conducive to the wealth of the city throughout time.

The Founders of Corinth were Poseidon and Helios, according to mythology. The first king of the city was Phaeton, son of Helios, who was succeeded by Creon. Medea and Jason came to Corinth from Iolcus, persecuted for the murder of Pelias. There Jason fell in love with Glauce, the daughter of Creon, and abandoned Medea so as to marry the young princess. Mad from his treason and wanting to take revenge, Medea killed their two children and left the city.

According to another myth, Sisyphus was the founder and the first king of Corinth, punished to roll up an immense boulder up a hill, only to watch it roll back down, repeating this action for eternity; because he had the nerve to trap Hades in the chains. The grandson of Sisyphus was Bellerophon who killed the Chimera by riding his winged stallion, Pegasus.

In the region of Corinth there are traces of settlements from the Neolithic era (6500-3250 BC). In 1100-900 BC the city was inhabited by the Doriens who imposed the aristocratic regime. Then, (8th -7th century BC) the city was governed by the Bacchiadae. During their reign, the city prospered, thrived in commerce and founded many colonies.

Another period of great prosperity for Corinth was the archaic era (7th- 6th century BC). In the middle of 7th century tyranny was established and Cypselus was the first tyrant of Corinth. According to mythology, the Oracle of Delphi foresaw that Cypselus was to overthrow the regime of Bacchiadae. So, in turn they have planned his demise. But, his mother hid the baby in a chest (hence the name Cypselus, meaning hive) and saved him. When Cypselus grew up, he fulfilled the prophecy: he overthrew the regime of Bacchiadae and seized power. During his reign he stimulated commerce by imposing heavier taxes on grand landowners and according to legend, he founded the Isthmian Games to honor Poseidon, which in 584 BC became the Panhellenic games.

In 627 BC his son Periander succeeded him to power, a controversial figure, quiet but witty and cunning who used violence to face up his enemies when he was old. Periander is known to history as one of the Seven Sages of antiquity. He was an excellent lawmaker and was a patron for the arts and literature. Corinth prospered economically under his rule and exports of high quality Corinthian pottery flourished. Periander envisioned and constructed Diolkos, a paved trackway which connected the two harbours of the city; Kenchreai on the Saronic Gulf and Lechaion on the Corinthian Gulf. Actually, Diolkos was a stone track with carved grooves for wheeled wagons for the transfer of goods, but it enabled boats to be moved overland. The tolls collected by the city of Corinth were a source for great proceeds. It was lastly used in 833 AD, according to records.

The increasing economic and commercial power of Corinth was not welcomed by Athens, the super power of that time. There was a rupture in the relation between the two city-states, which was one of the main causes for the Peloponnesian war (431-404 BC) and one of the key factors that undermined the efforts for a compromise between the belligerents. This war weakened the city of Corinth, a situation which was to be deteriorated, as Corinth participated in the Corinthian war (395-387 BC) against Sparta.

In 337 BC a Panhellenic congress was organized in Corinth by the king of Macedon, Philip II, who tried to give back the city its past glory, but alas, never happened. Julius Cesar, in 44 BC, decided to reestablish the city and Corinth found once again its lost glory. In 22 BC was designated as the capital of the roman province of Achaea which comprised a big part of the continental Greece, Peloponnese and several islands. During the Roman Empire, the city regained its glamorous character with the building of sumptuous monuments. Its population grew, commerce presented an upward trend and the inhabitants started to adopt the roman customs, which led to the import of new luxury products such as wine, marble etc. Also, the city of Corinth was laid out again, using the Hippodamian plan (a grid plan) and around the Agora public and private buildings of roman type were constructed, thus altering drastically its image.

The year 52 AD was historically important for ancient Corinth. The apostle Paul during its second tour visited the town and stayed there for two years writing the First and Second Epistle to the Thessalonians (passages from the New Testament) and preaching Christianity. The first excavations were carried out in 1892 and 1906 by A. Skia on expenses of the Greek archeological society. But, the systematic excavations began in 1896 by the American School of Classical Studies and are still ongoing.

Entering the archaeological site, the visitor can walk on Lechaion road to reach the central square of the Agora, which once was surrounded by public buildings and shops. North of Agora on a rocky hilltop, you will see the temple of Apollo, one of the oldest and most important temples in Greece. The first sanctuary was built around 7th and 6th century BC with stones and wooden beams which collapsed due to its simplistic construction. On its ruins a peripteros temple of Doric order was built in 550-525 BC. It had six columns on each narrow side and 15 columns on each long one. Today, from these 38 columns only seven are still standing.

On Lechaion road the visitor will also encounter the Glauce fountain, named after the daughter of Creon. The legend says that Glauce was to be married to Jason, but Medea spread poison to the veil of Glauce. When she put it on, it took fire and Glauce threw herself into the fountain in an attempt to put it out. Hence, the fountain was named after her. The Glauce fountain is actually a square chiseled rock with four reservoirs and three draw basins.

Another important monument is Pirene fountain with its imposing façade giving way to chambers, draw basins, reservoirs and tunnels. It was in use until the 19th century. The legend about Pirene is that she was a woman who became a spring because of her tears shed in lamentation for her son Cenchrias who was unintentionally killed by Artemis. The fountain was already used in the Neolithic era and in the 2nd century had six chambers and three draw basins. Its façade with the doric columns was constructed during the roman empire, but before the end of the 4th century AD an edifice with marble decorated columns was built in front of the façade.

The Agora, a space of rectangular form (160X70m) built in 338, gathered identical shops that consisted of two rooms. In front of these shops, there was a double colonnade. In the same area there was also bouleuterion (the assembly house). Leaving the Agora, 450m north of the temple of Apollo there is an edifice of the 4th century BC (dimensions 4.93X8.32m), with cella and four doric columns in front. Asclepeion, a healing temple dedicated to the God Asclepios, was one of the most eminent sanctuaries of the city for over 800 years. The patients would spend the night inside and waited for the God to come and visit them in their sleep so as to heal them. Close to the sanctuary was the fountain of Lerna.

Equally important is the Odeon with a seating capacity of 3,000 people. It was built in the 1st century AD, restored in the middle of the 2nd century and after a new restoration in the 3rd century AD it became an arena for animal hunts. Next to it there is the theatre, built at the end of the 5th century. It was destroyed only to be rebuilt in the 2nd century AD. The edifice of the stage acquired a new three-storey colonnaded façade. In Late Antiquity, the orchestra became an arena used for gladiatorial contests.

The prices are the same for the museum and the archeological site. 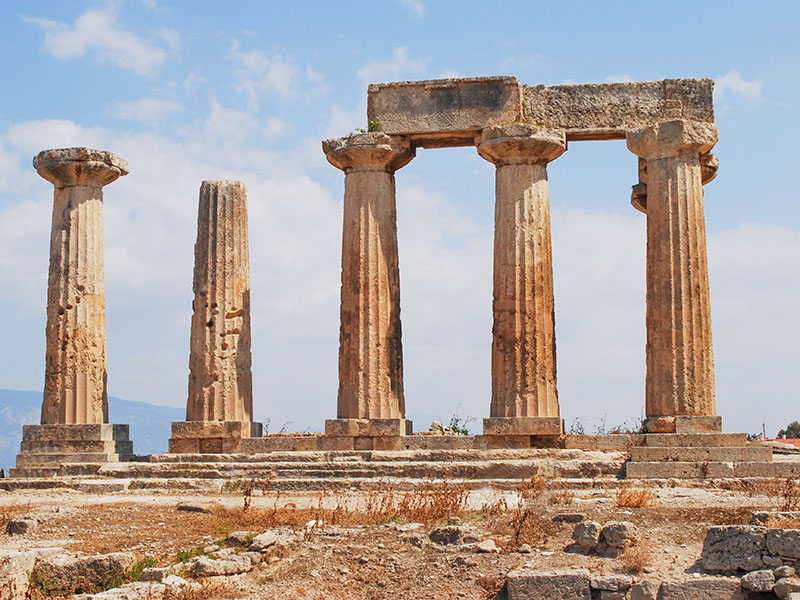 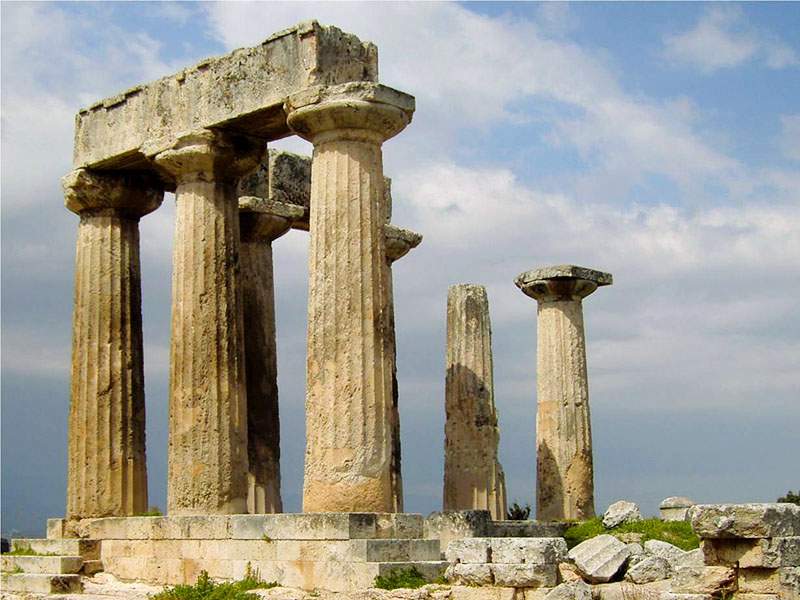 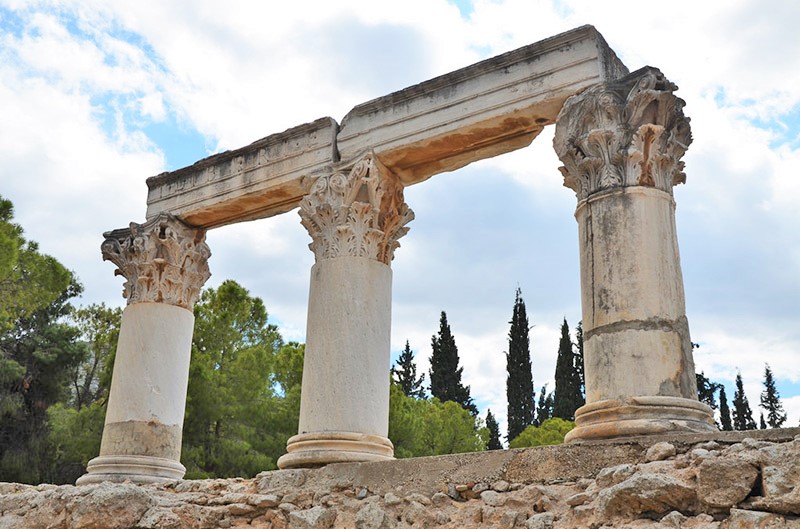 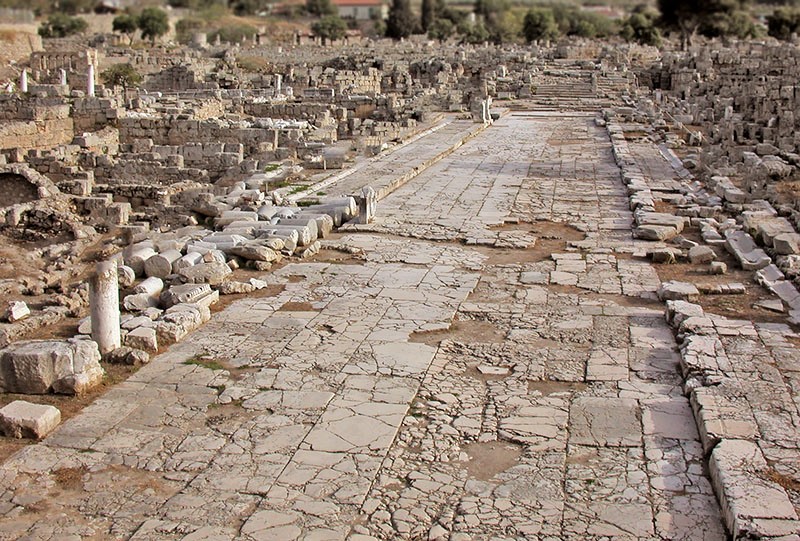 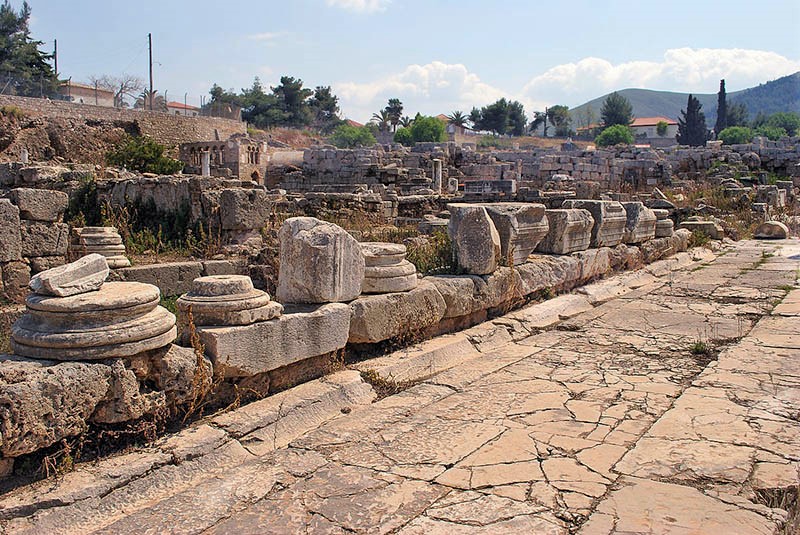 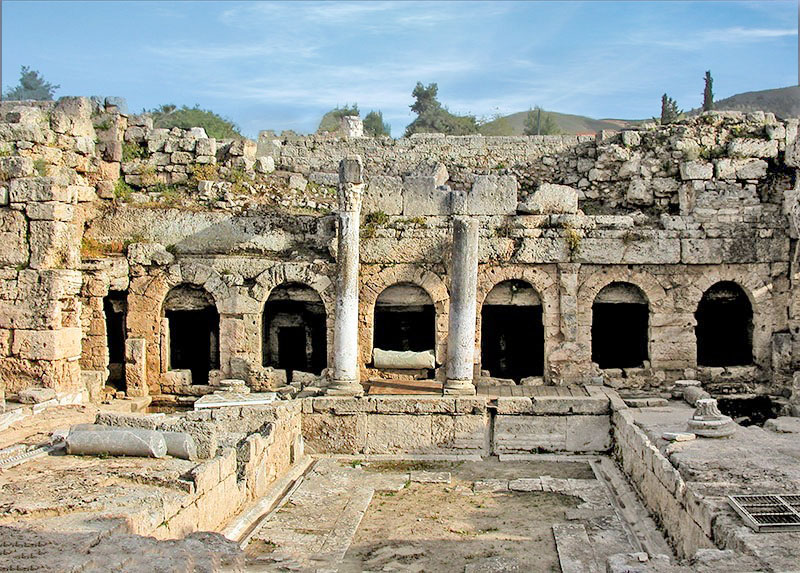 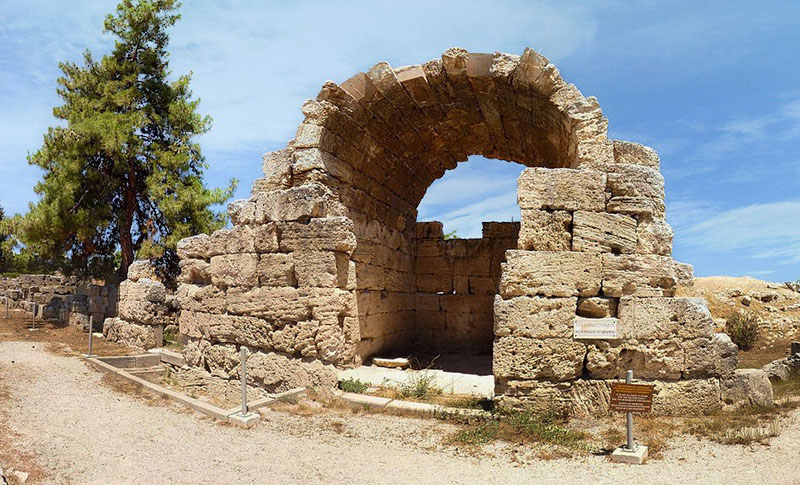