The Theater of Aigeira is located in the archaeological site of ancient Aigeira. The excavations began in 1916 from the Austrian Archaeological Institution and are still carried out.

The Theater was constructed between 280-250 BC at an altitude of 350m north of the acropolis, with a seating capacity of 3,000 people. Its horseshoe-shaped koilon with a view to the Corinthian Gulf was chiseled on the natural rock and the soil was shaped appropriately to accommodate stone seats. The orchestra was also chiseled on the rock with a channel in its wayside in order to remove the rainwater. The scene was a two-storey building. 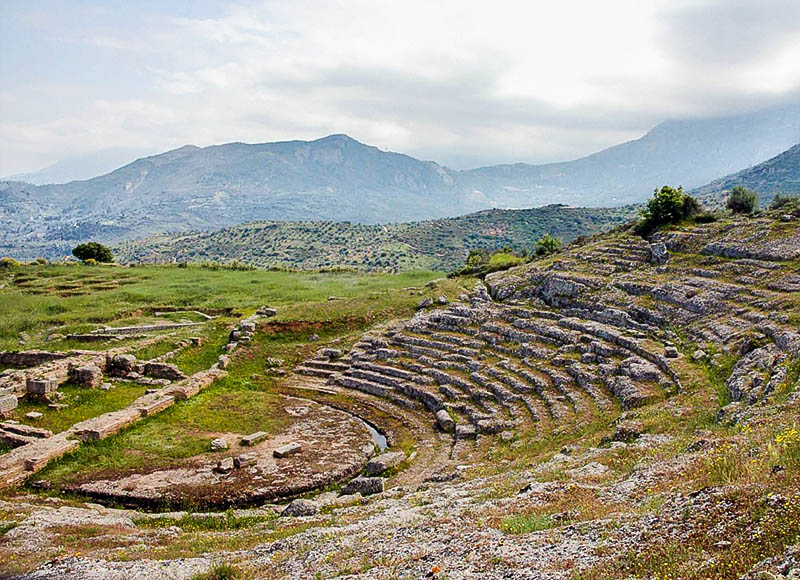