Near the cape Malagavi in the region of Perahora in Corinth two important sanctuaries dedicated to Hera were discovered, dated from the Geometric Period. The excavations carried out by the English School of Archaeology in Athens during 1930-1933 have brought to light many notable artifacts of antiquity.

The first and the oldest Heraion is said to have been built by Argeians of Dorian descent in the beginning of the 8th century BC. It was in use until 725 BC, before it was abandoned.

The second sanctuary, built circa 550 BC was dedicated to Hera Limenaia and apparently was a popular summer destination for pilgrims. The Doric order sanctuary, 31X10m, had a decorated altar and eight ionic columns were added later so as to support the roof that protected the priests from the holy fire.

The Stoa (cave), carved into the bedrock, connected the two sanctuaries and had two storeys. On the ground floor the columns were of Doric order, whereas the ones on the first floor were of Ionic order.  In the Heraion of Perahora ruins of a building were discovered that might have been the dining quarters of the sanctuary. Those days, every sanctuary had dining quarters.

Finally, the Sacred Lake is where the rainwater was gathered to be used for hydromancy (divination by means of water). 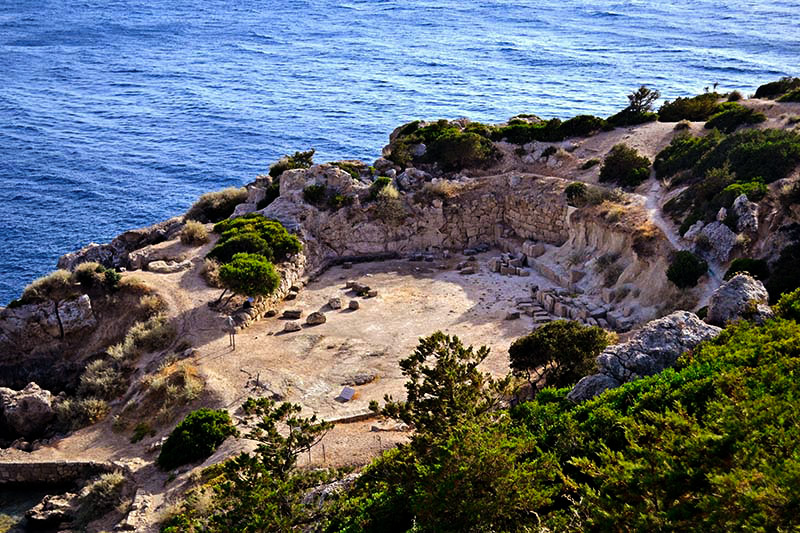 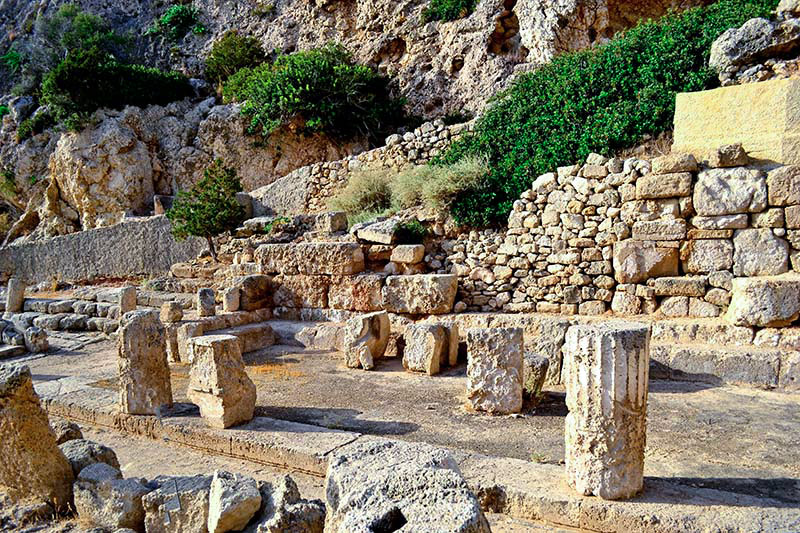 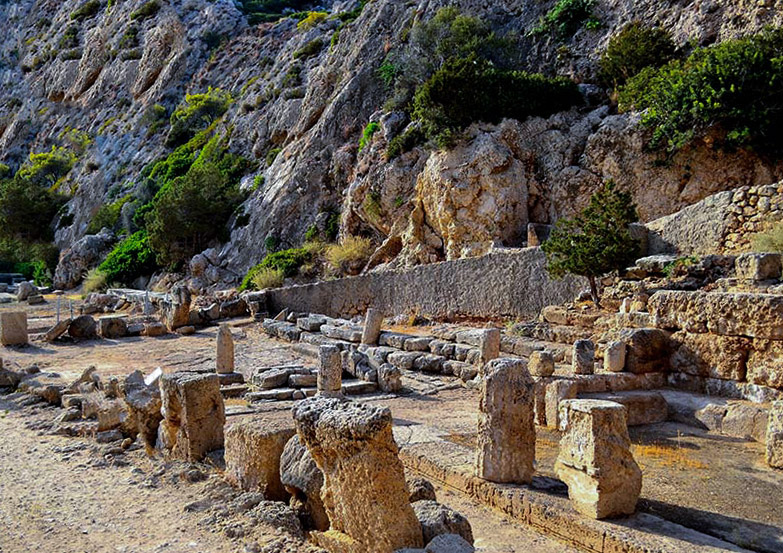