The Roman Odeon of Patras was built before the Odeon of Athens (161 AD), during the Augustus period on the first half of the 2nd century BC, and it is considered to be the second best decorated Odeon after the one of Athens.

It is located in an elevated position in Ano Poli on the west side of the ancient acropolis and the medieval castle between Germanos Str. and Sotiriadou Str.

Inside the Odeon, which was contiguous to the ancient Agora, there was a statue of Apollo, which was constructed by the spoils of the war against the Gauls in 279 AD, when Patras had helped the Aitolians.

Its external high wall had five entrances towards the skene (scene) and two towards the backstage. The proskenion (front of the stage) was accessible by two flanked built staircases. The orchestra was stone paved and a semi-circular parapet separated it from the koilon (seating sections), which opens towards the south. The scene’s floor is mosaic.

The Odeon was discovered by accident when excavations took place at the port. The reconstruction was completed in 1961 and the Odeon regained its original form. Today it has a capacity of 2,500 spectators and different performances and festivities are held as part of the Patras Festival.

On the area around the Odeon, exhibits such as sarcophagi, mosaics and other findings from the [remove: the] antiquity, that were discovered after archaeological excavations in the city of Patra, are on display. 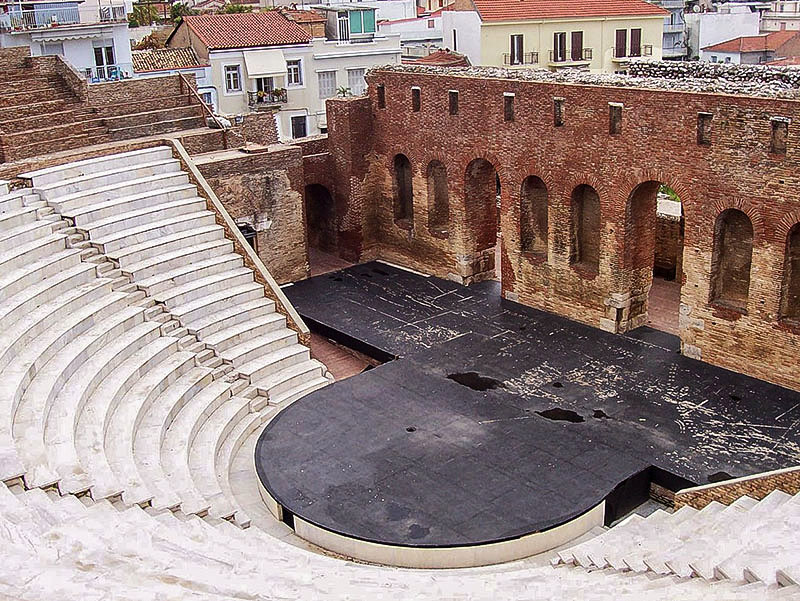 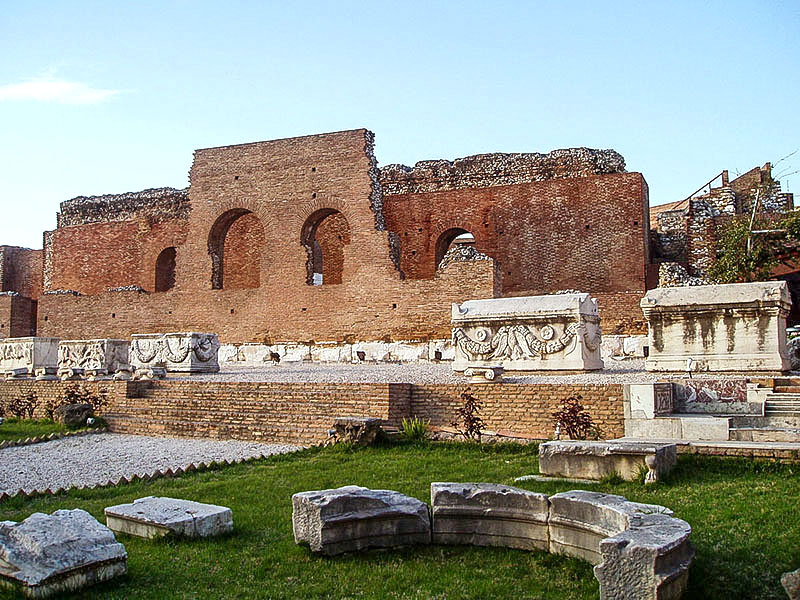