The Roman Stadium, or Auditorium or Theatre, is in the center of Patras. It is surrounded by Karaiskaki Str., Pantanassis Str., Agiou Georgiou Str. and Erissos Str. It’s an important archeological site, probably constructed in 86 AD by emperor Domitian to celebrate the anniversary of 100 years after the founding of this roman province in 14 AD.

Externally, the Stadium is 200m long and 90m wide. In the past, sport and music events were held, as well as gladiator fights and the Caesareans with the participation of athletes from all over Greece. Similar stadiums were also discovered in Rome and in Asia Minor.

The Stadium was visible until 1870, after this period they started constructing houses above it. A part of the stadium was brought to light in the 1990s, including one of the entrances on the northern petal and another one on the western long side. 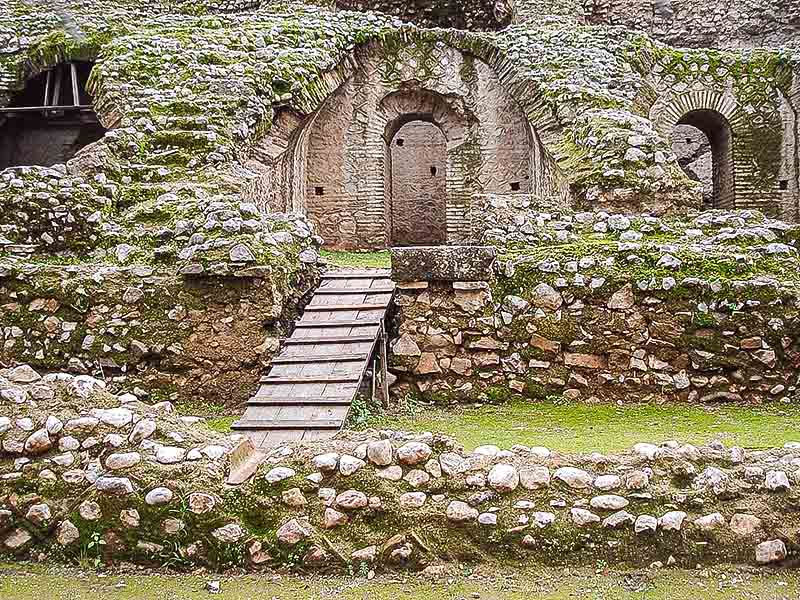