Beautiful mountainous village with a glorious history in the heart of enchanting nature, allowing for exciting adventures and exploration.

A mountainous village, built at an altitude of 750 metres, in eastern Achaea near the Vouraikos river. It sits in the basin of Erasinos or Kalavrytinos river, on the foot of mount Chelmos. It is 91 kilometres away from Patras and has 1674 residents, engaged in the agriculture and tourism industries.

This area used to be called Azania during the ancient times and its most important cities were Psofis, Cleitor and Cynaetha; the last one is the place where Kalavryta is built today, since Cynaetha was destroyed in the 3rd century BC by the Aetolians. Kalavryta comes from the words "kales vrises", meaning good fountains, and is first recorded during the Frankish rule.

In 1208, the Frankish ruler Otho of Tournay made the settlement the capital of the Barony named Kalavryta, and built his castle there. In 1430, the city becomes the capital of one of the three Despotates of Peloponnese, with first Despot Thomas Palaiologos. In 1443 he was succeeded by Constantine Palaiologos. In 1440, the Byzantines sold the area to the Knights of Rhodes, though they reclaimed it four years later. In 1460 it fell under Turkish rule, in 1687 under Venetian and in 1715 it was retaken by the Turks.

Kalavryta had a major role in the Greek Revolution of 1821. After a few skirmishes with the Turks, in 21 of March 1821, Germanos of Old Patras along with a few notable people of Peloponnese announced the Revolution in the neighbouring monastery of Agia Lavra. Kalavryta was liberated in 25 of March, and because of the huge contribution the city made during the revolution, Ibrahim burned it twice, in 1826 and 1827.

The city played an important role later, as well, during the Nazi occupation, its population suffering grave injuries. In 13 of December 1943, the Nazi Germans, to retaliate against the death of their troops from the rebels of the Greek People's Liberation Army (ELAS in Greek), locked women and children in the school of the village, burned the houses to the ground and executed every man over the age of 14. The women and children survived only by the mercy shown by a German soldier who released them, but 500 to 1,200 men were killed during the executions. After the war, Germany officially accepted and apologised for the horrible crime committed by the Nazis.

Near Kalavryta are three important monasteries:

Other notable monasteries near Kalavryta include:

Noteworthy are also the archaeological sites of the area:

Other important sites are:

Near Kalavryta is also the famous Cave of the Lakes (Spylaio Limnon), a magical underground maze of tunnels, stalagmites and stalactites that houses three lakes, each on a different level; a phenomenon without its equal anywhere in the world. A short distance away is Planitero, a charming village on an altitude of 700 metres with perennial plane trees, fulling-tubs and the springs of Aroanios river. There are taverns in the area, allowing the visitor to taste the trout of the local fish farms, and also beautiful hiking trails for the more adventurous.

A unique experience for the visitor of Kalavryta is the small voyage that Odontotos ("Toothed", a cog railway) provides, beggining in Diakpto and following an incredible trail measuring 22 kilometres over the Vouraikos river, on rails with the smallest width in Europe, of 0.75 metres, on which the train is held by use of a toothed axle. The trip takes an hour to reach the Kalavryta station, a completely restored and picturesque building. During the trip, the train passes through many tunnels, the narrowest called "Portes", meaning doors, and next to waterfalls and other natural sites.

The Ski Resort is another interesting sight of Kalavryta. It sits on the slopes of Chelmos or Aroania mountain range that has a total height of 2,355 metres, and is fully equipped, featuring great slopes, a Snow Park, lodging for all tastes and budgets, many other types of entertainment, and everything a novice or advanced skier would need. 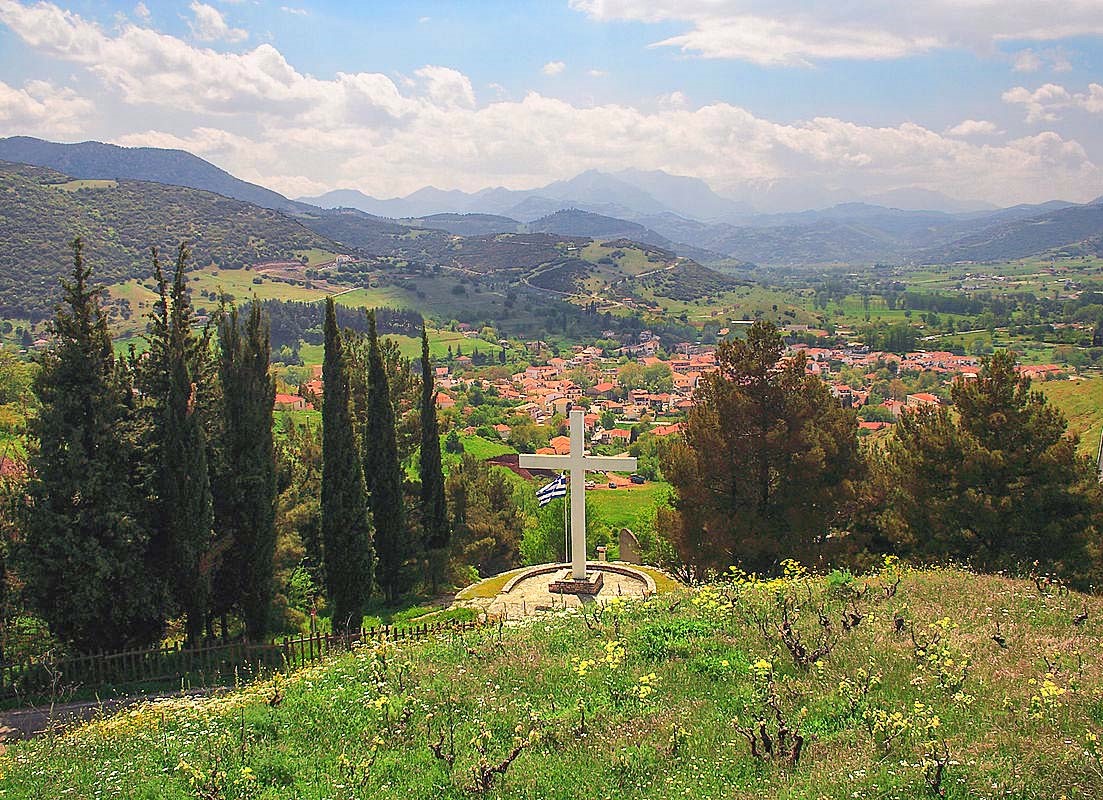 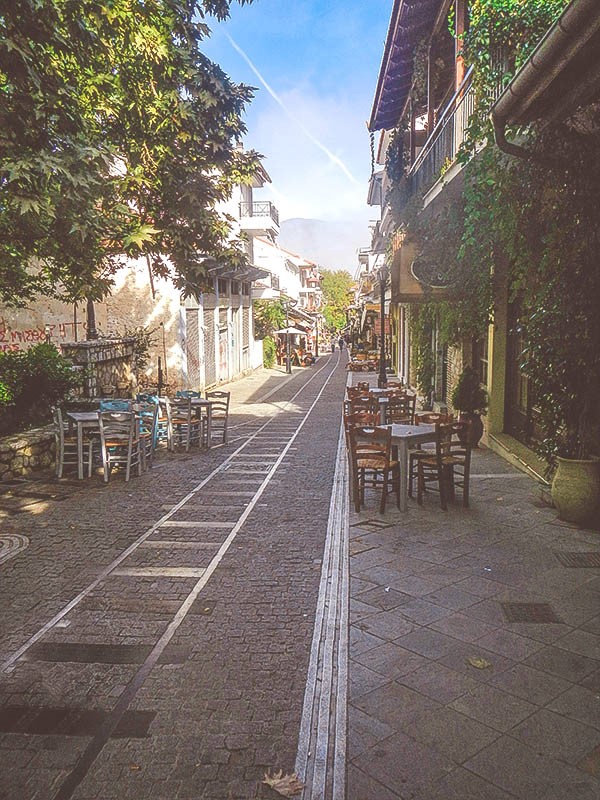 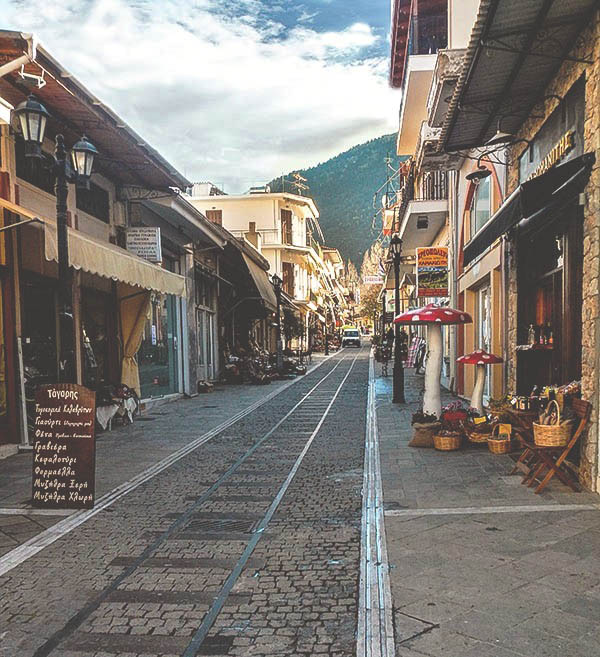 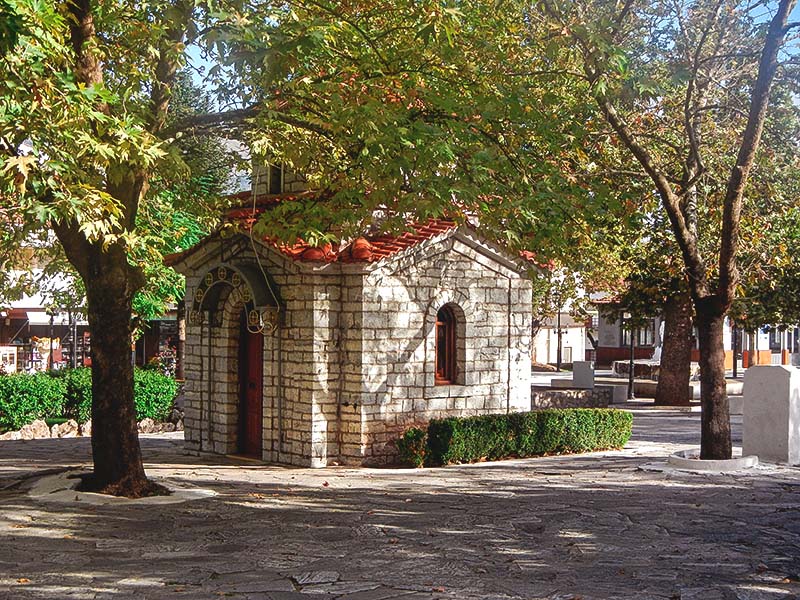 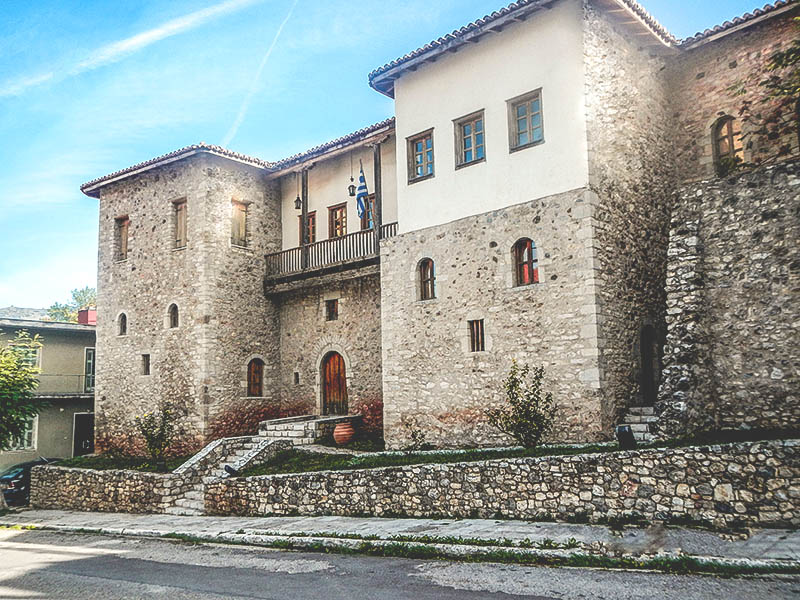 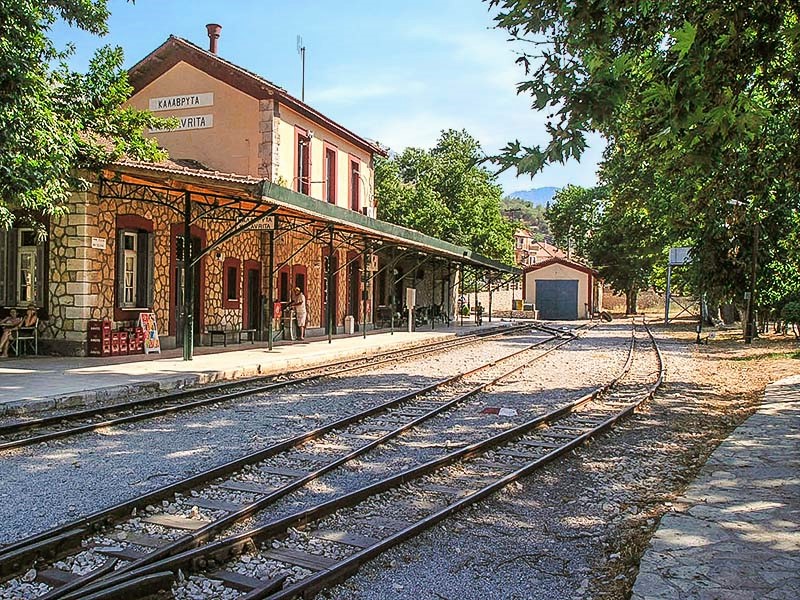 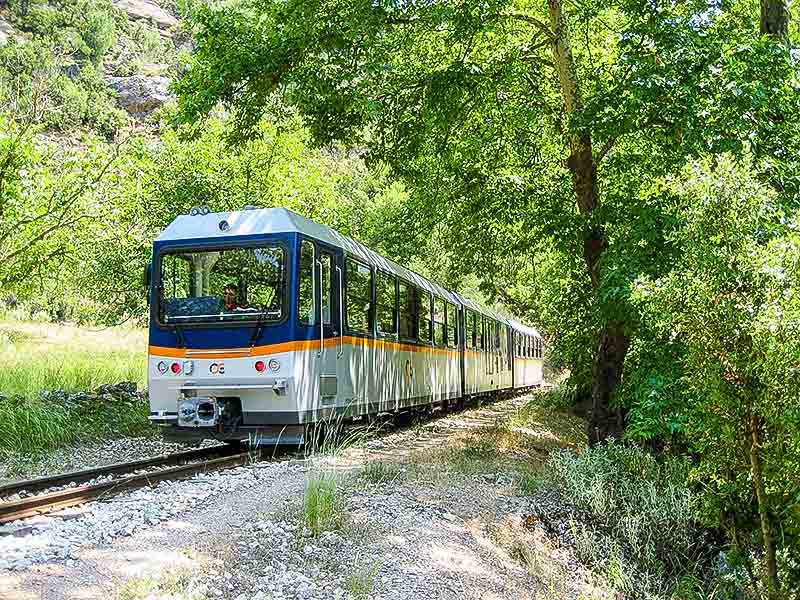 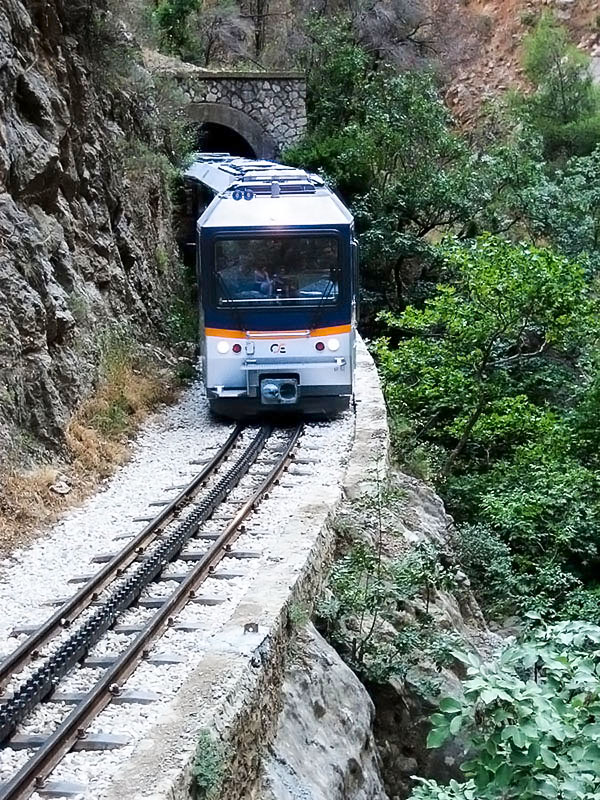