A beautiful, picturesque village that features three amazing beaches that made it into a popular summer destination.

The village of Stoupa used to be a small picturesque fishing hamlet, with few permanent residents. That changed thanks to its three marvellous beaches, the central right by the village, the southern called Chalikoura, and the northern called Kalogria being the biggest and most well-known; they provided the funds and public attention that was required, making the hamlet into a modern and touristic vacation spot.

The village’s first name was Potamos, named after the river that crossed it (potamos meaning river in Greek). It was named Stoupa afterwards, the reason having two possible explanations; the first one supports that the name comes from an Arabic word that sounds the same way, meaning beach, and the second one from the Greek word “stoupi”, meaning a mass of cotton fibres that’s used for cleaning, that the locals threw inside the sea to soften and prepare for easier processing.

The area is a magical mix of features. The imposing Taygetus mountain, the traditional architecture of Mani, the beautiful kalderimia (cobbled alleys) and the amazing beaches all form a scenery that charms all visitors. In Stoupa lived and wrote great Greek writers, Nikos Kazantzakis and Alexis Zorbas, and the famous writer was inspired to write the singular work Zorba the Greek.

Stoupa has an increasingly well-developed touristical infrastructure. There is a wide variety of hotels and rooms to let, for every taste and budget, as well as organised camping areas.

Stoupa is 45 kilometres from Kalamata. To reach it from Athens, one should follow the National Road from Athens to Corinth and then Tripoli, to later go from Tripoli to Megalopoli and Kalamata. After reaching the city of Kalamata, there are signposts leading to the village of Stoupa. 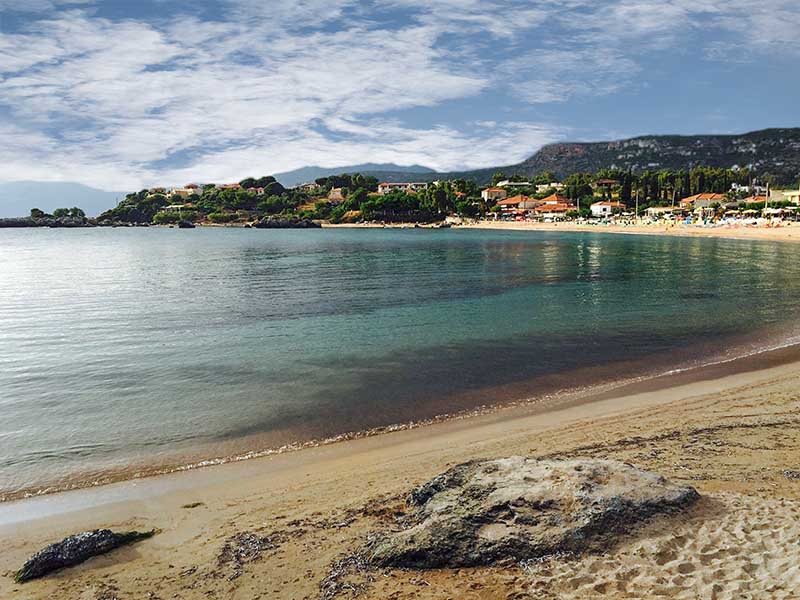 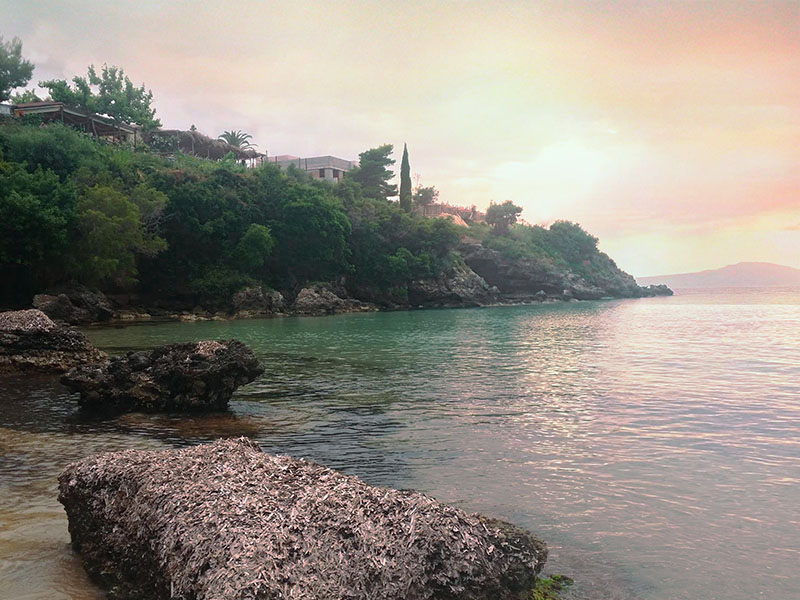