The ancient city of Corinth was built on the hills of Acrocorinth, on a height of 579 meters. It was built in such a place as to allow for excellent natural defence and the ability to oversee the valleys nearby, as well as the Isthmus of Corinth and the shores of the Aegean and Ionian seas. It defended from attacks coming from both the land and the sea. The castle's fortification is comprised by three courtyards, separated by walls. The walls are reinforced with towers and battlements, for better defence. Three pillars lead to the ancient city's inside. Fortifications and parts of the original walling are still discernible.

Around the site, there are ruins tied with almost all the periods of Greek history. The original fortification was completed at the 6th century BC. Acrocorinth then passed to the hands of the Macedonians in 338 BC, before being taken by the Achaean League. The city was then conquered by the Romans who destroyed and pillaged castle and city, in 146 BC. In 44 BC, Julius Caesar built a new caste and a new city in Corinth. Acrocorinth belonged to the Byzantines from 350 to 1202, who completed extended repairs on the fortifications.

In the beginning of the 14th century, the city was taken by John of Gravina, before being taken by the Acciaiuoli family. In 1395, Theodore Palaiologos had control of the castle, who later sold it to the Knights Hospitaller, who kept it up to 1404, when Theodore took it back. In 1458, it fell in the hands of the Turkish, who repaired it and built four mosques inside. In 1687 the Venetians took it back, adding more walls, and the Turks took it again in 1715. It finally passed on to the control of the Greeks in 1821, during the Greek Revolution.

Today, ruins of temples still remain, such as that of Saint Dimitris, a Venetian basilica with three aisles, a mosque with its minaret, Byzantine underground water storage, the font of Upper Peirinis, the temple of Aphrodite dating back to the 5th century BC, and other, later additions. In the city's north side there are the ruins of the ancient Agora (gathering place and public forum) of the ancient city of Corinth, and in ancient times Acrocorinth was connected with the city and port of Lecheou with long walls that have been destroyed. 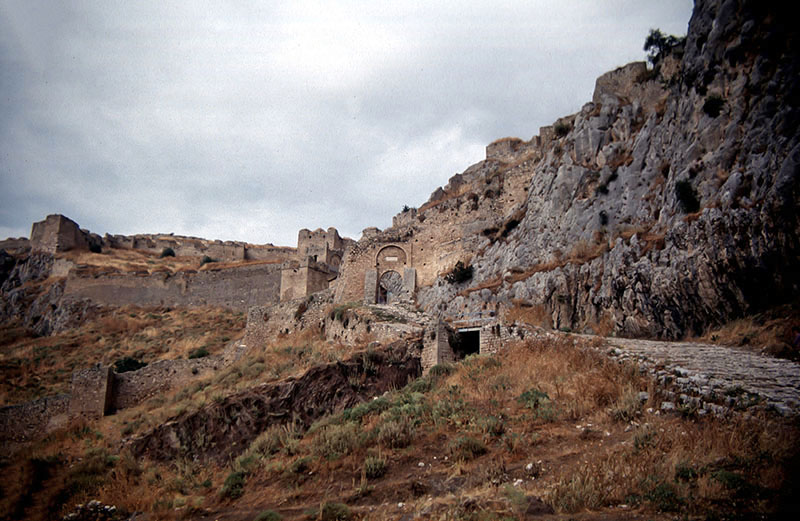 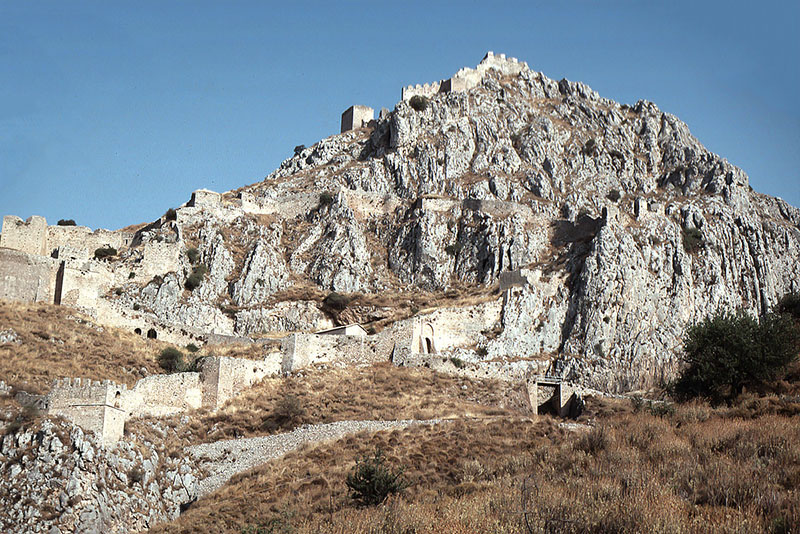 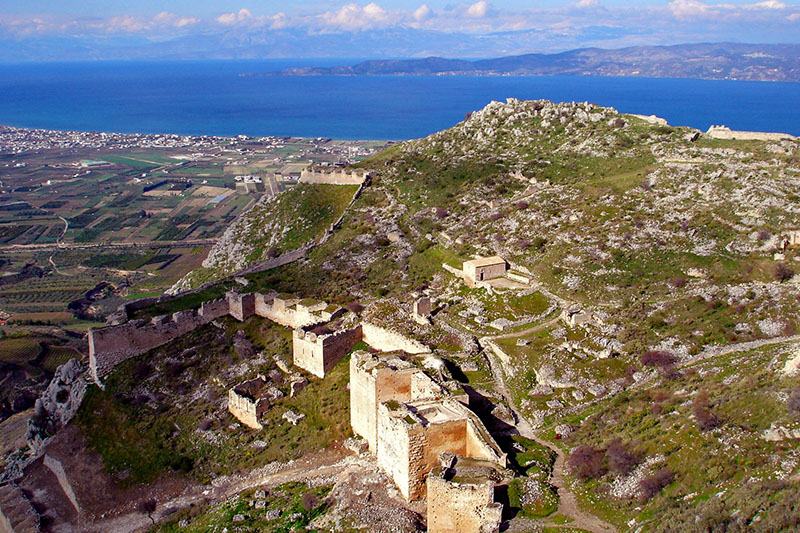 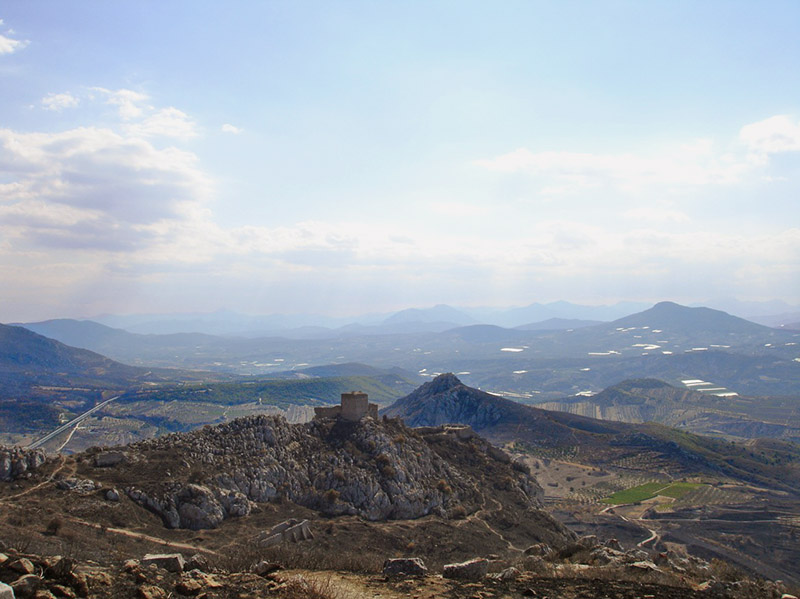 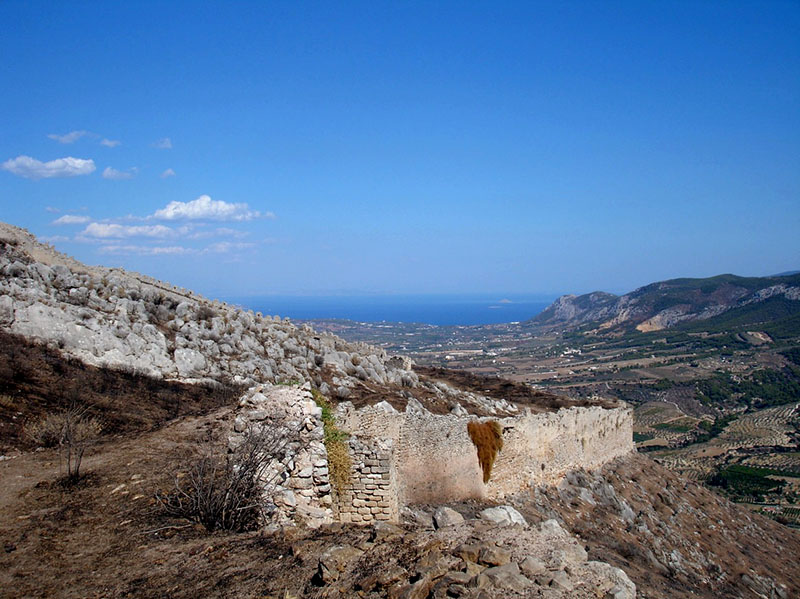