The Roman Bridge of Patras was constructed between the 2nd and 3rd century AD in Kallinaos river whose flow has moved 100m further south. It is a complex of two smaller bridges; a single-arched one and a two-arched bridge constructed later, and it is considered to be the best preserved bridge of its type in Greece.

It was discovered completely by chance in the early 1980s during the construction of a building.

It was part of the public road that connected Patras and Aigio. The road that goes over the bridge was paved with stone-slabs in which the wheel-tracks (armatotrohies) made from the chariots are still visible. On both sides there were low walls for the protection of the pedestrians.

The bridge is made of bricks until the arches and the rest is made of stone. The bridge was built to replace an older one from the 1st century AD, but its construction reduced the opening of the older one, hence allowing less water to pass through it. At the same time retaining walls were built to arrange the river-bed. A few centuries later, the river-bed was buried due to floods and a new one was opened further to the south. For these reasons the bridge was no longer in use, which was not the case for the road.

After the excavations in 2001 the old river-bed and part of the retaining walls were brought to light further south. 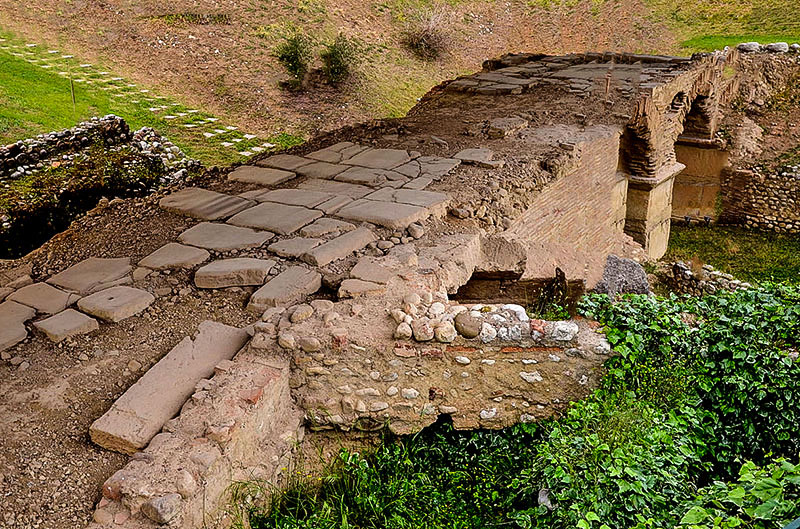